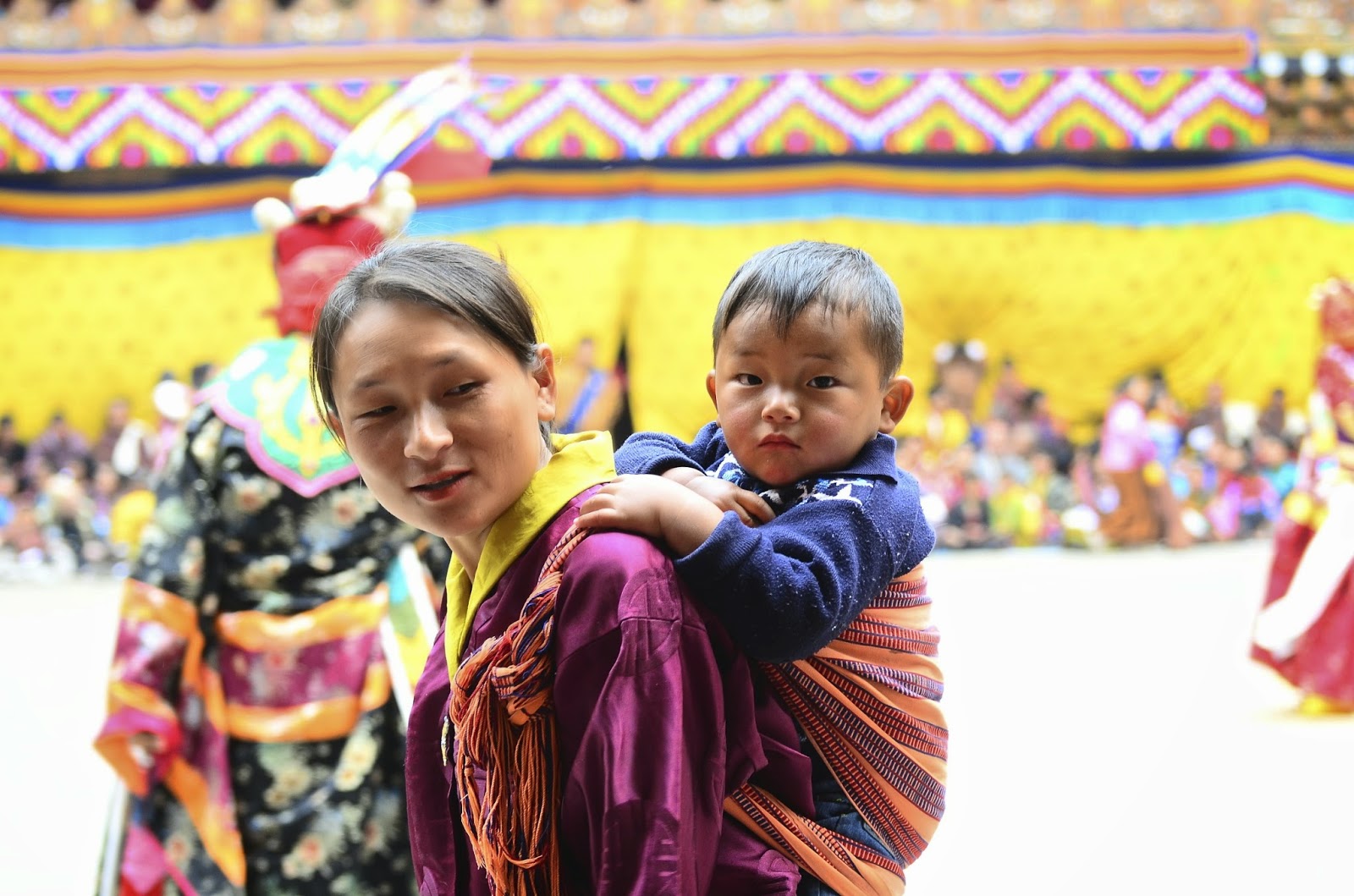 Bhutan is a country that captivated us because of its details. There is a giant monument to Buddha on a mountainside overlooking the capitol, and some of the temples are impressive in scale, but mostly it is the details of the people, their dress, customs, houses and temples that is fascinating to explore, observe, and, for my husband and me, to photograph.  The way mothers and older siblings wrap babies in textiles, as shown above is but one example.  Fancy baby strollers would be of little use in the rugged terrain of Bhutan. 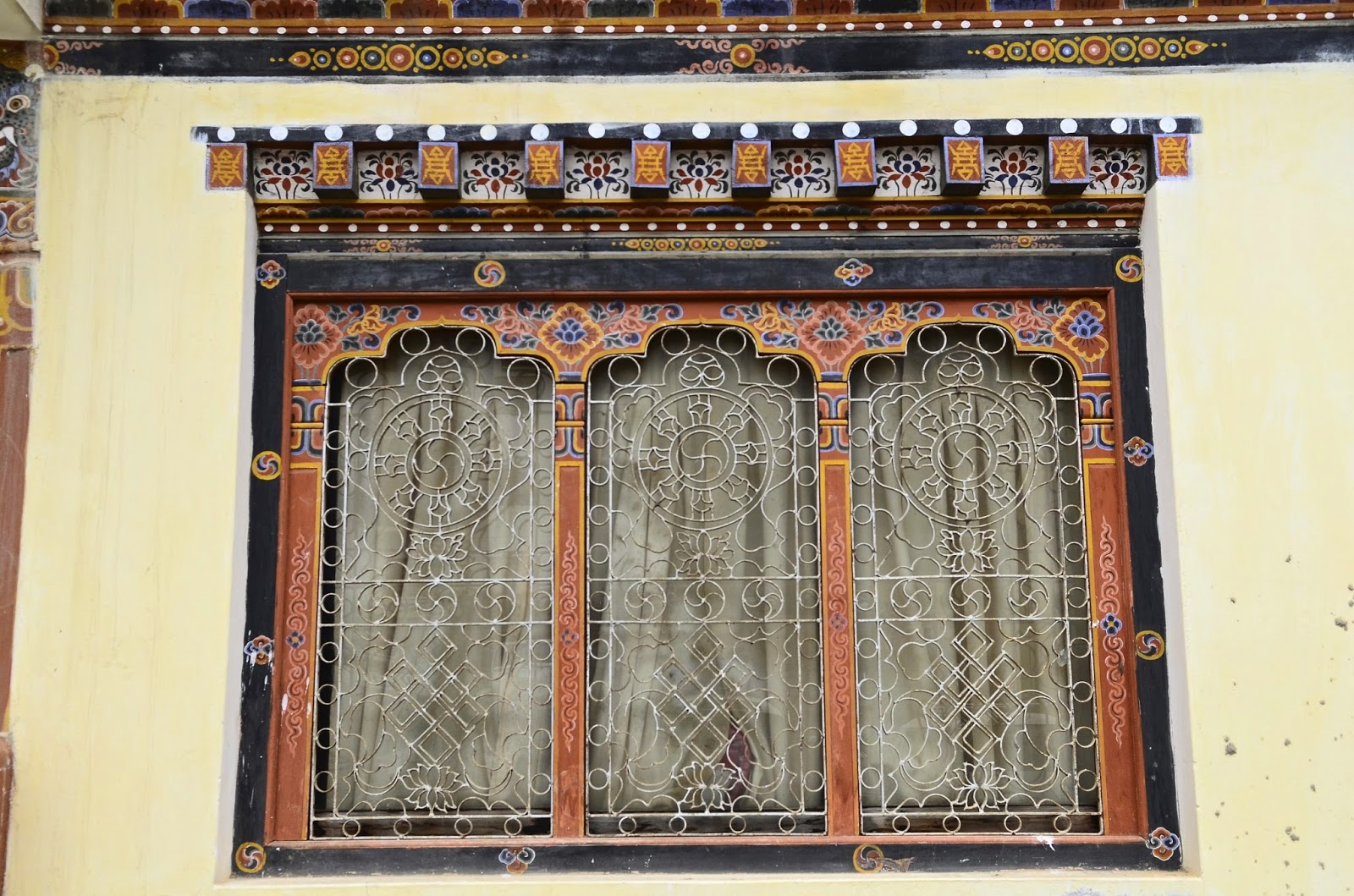 Windows with glass are relatively new in Bhutan.  Shutters were more traditionally used.  But people take pride in the appearance of their homes and express their pride in the painting around the windows. 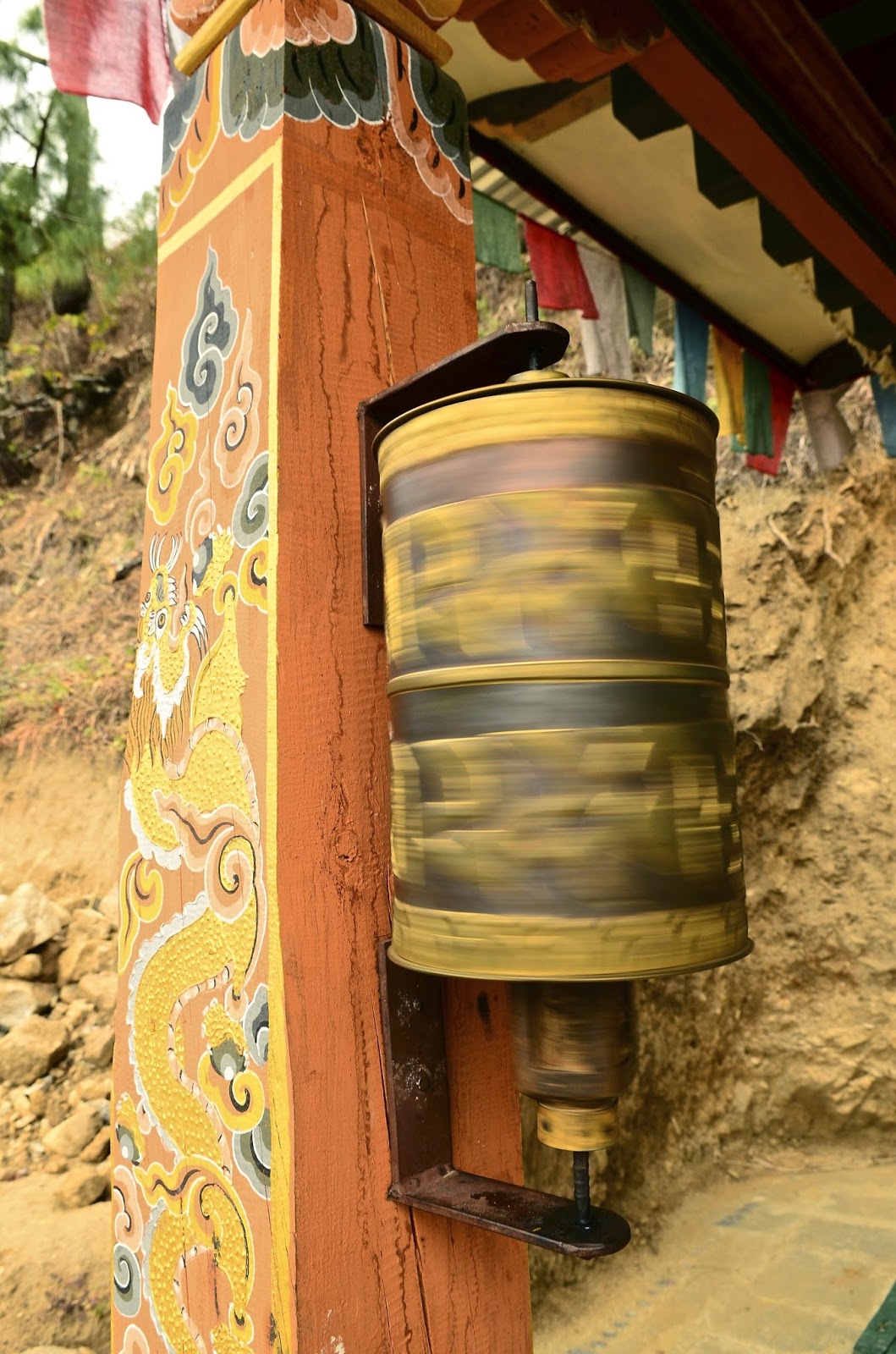 Temples have prayer wheels that people spin as they pass by in prayer. 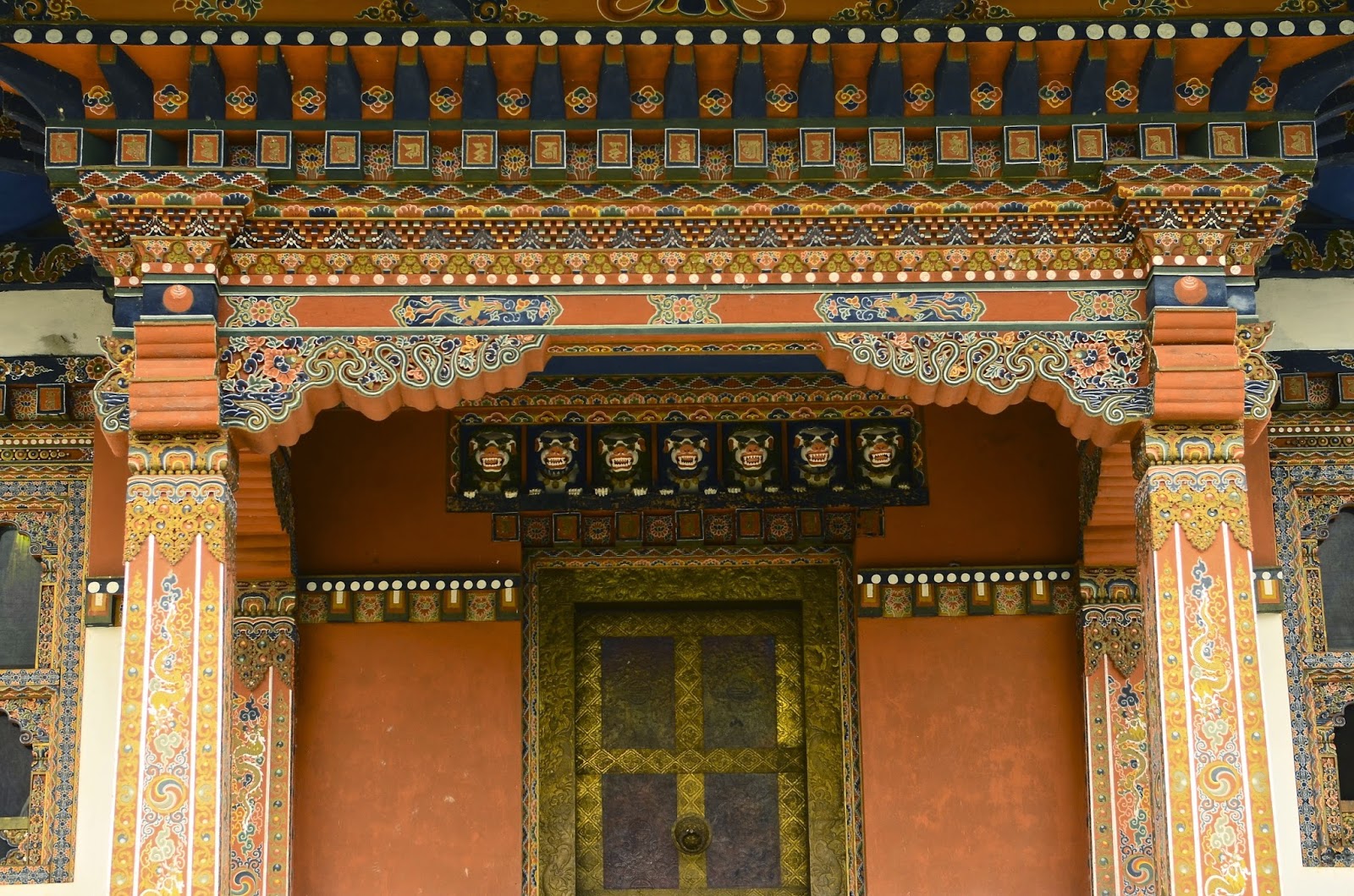 The columns surrounding this grand building entrance almost look like a Bhutanese interpretation of a Greek or Roman public building. 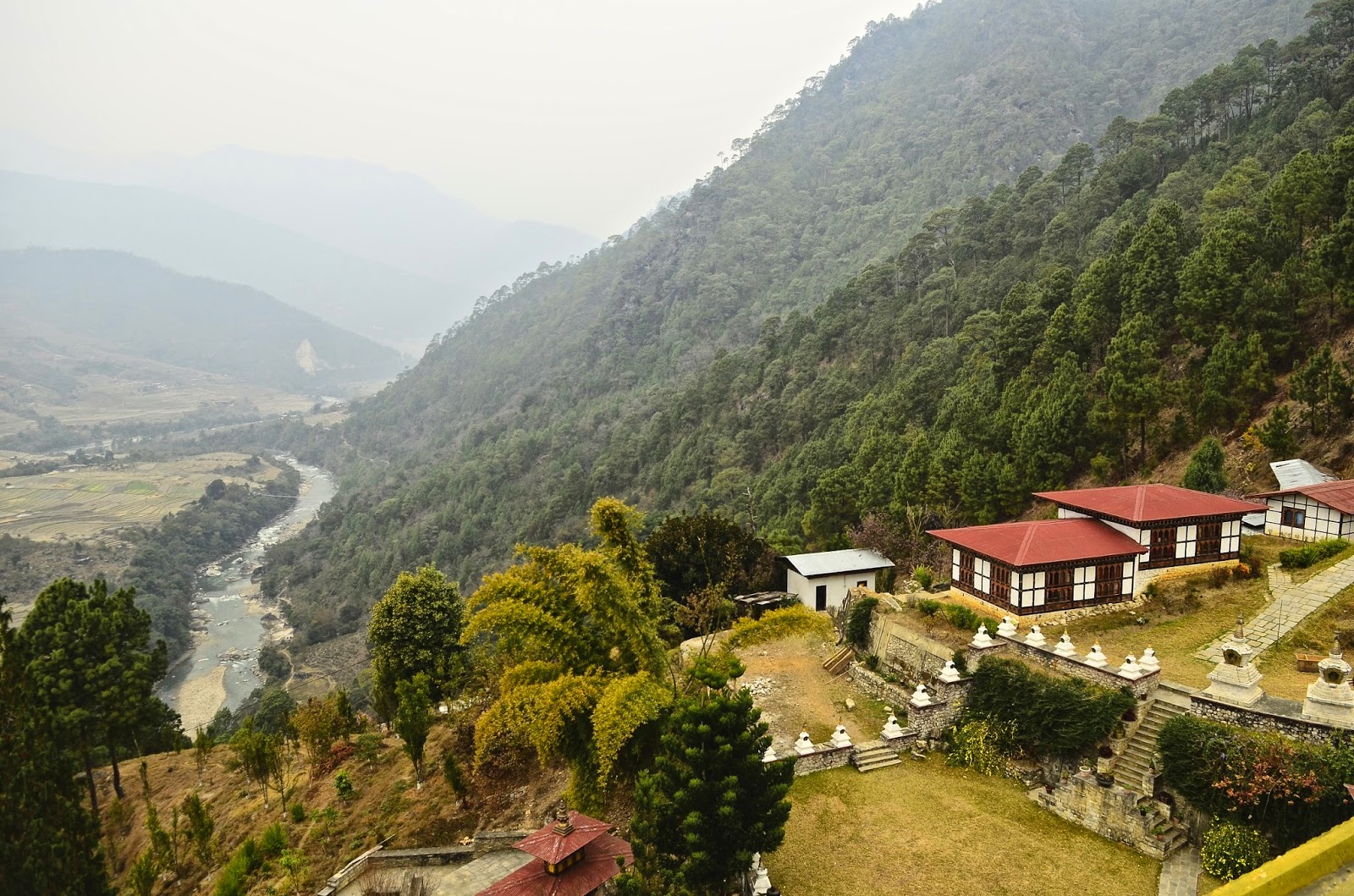 The Himalayan countryside of Bhutan is largely mountainous, with people living in terraced plots on the sides of the mountains or in the valleys, which are limited to a very small part of the land area.  It was tricky even to find a level spot for an international airport in the entire country, as jetliners have to snake its way down a valley to reach the runway.
Posted by Julie ScottsdaleDailyPhoto.com at 2:30 AM

We are so envious!

I've spun a lot of prayer wheels in Nepal, India, Tibet, China, Thailand and Japan. I can't see that it's done me any good. Maybe it will take a long time to find out.