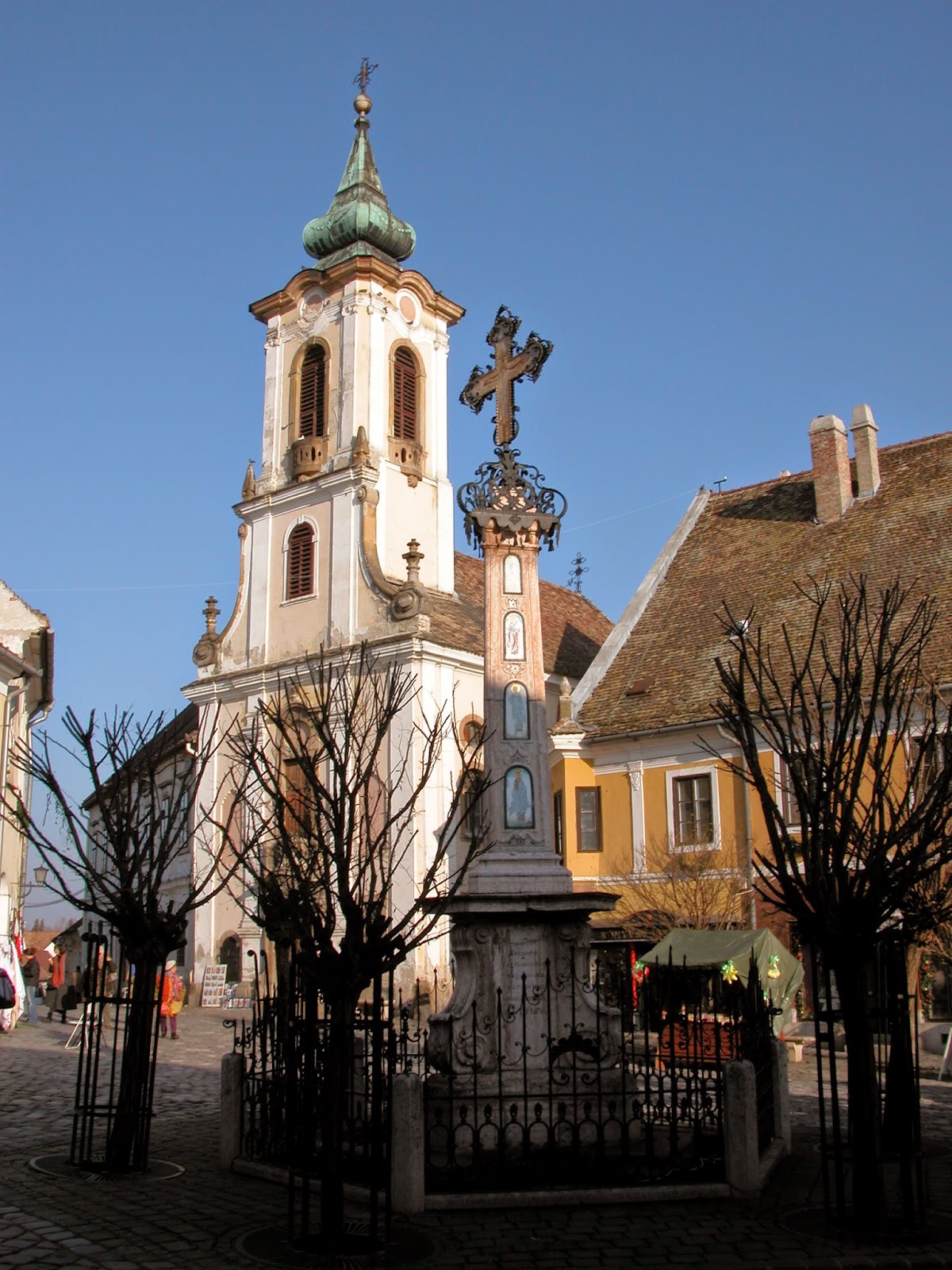 A popular side trip from Budapest is to the village of Szentendre.  It is a village that has retained its charming architecture.  The town was abandoned during he Turkish occupation in the 1600's, but attracted new settlers thereafter. 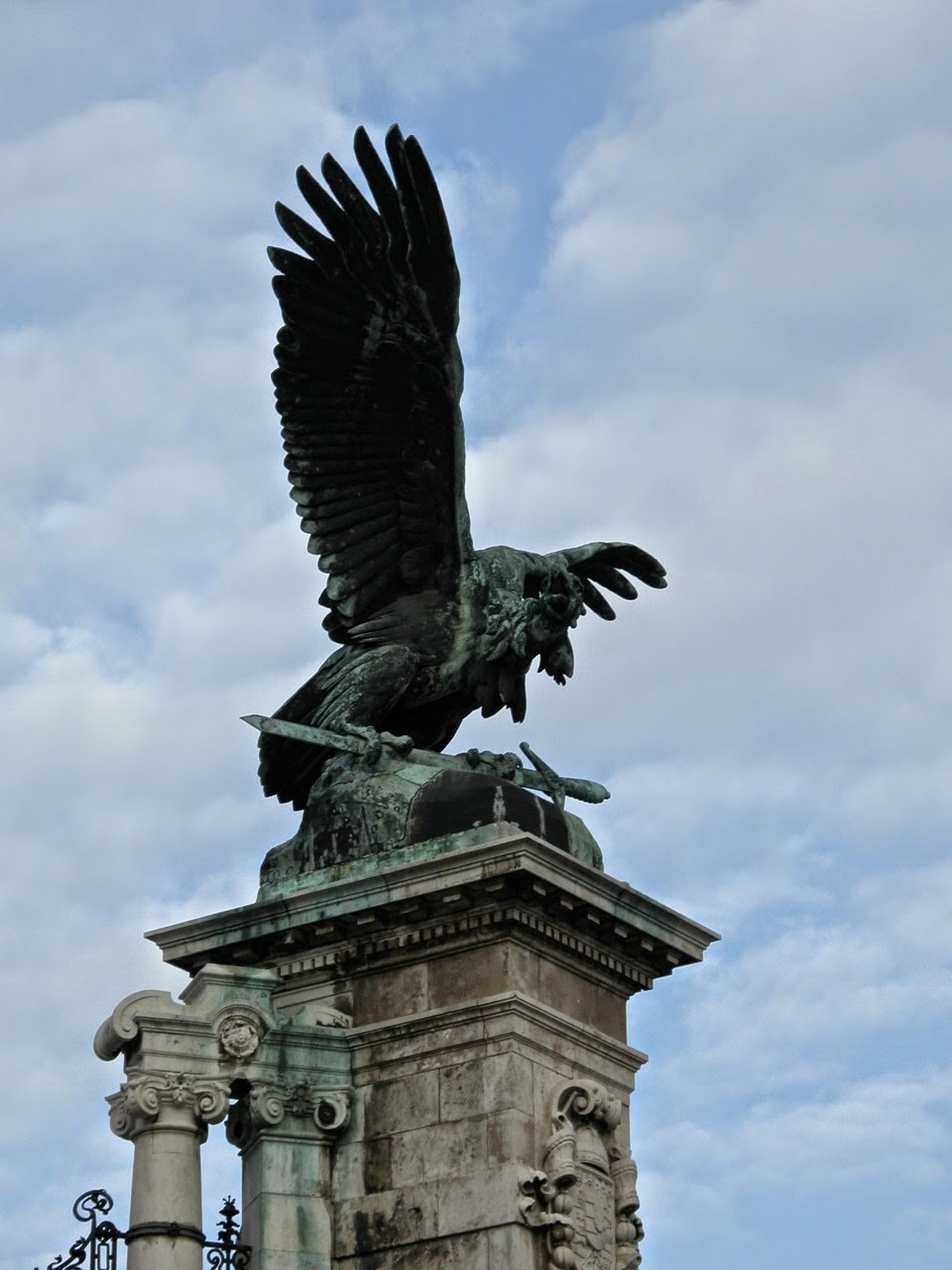 Central Budapest has monumental buildings, monuments, and building adornments, as is befitting the capital city of a country with a rich history.  This eagle atop a column is near what used to be the royal palace and is now the National Art Museum overlooking the Danube River. 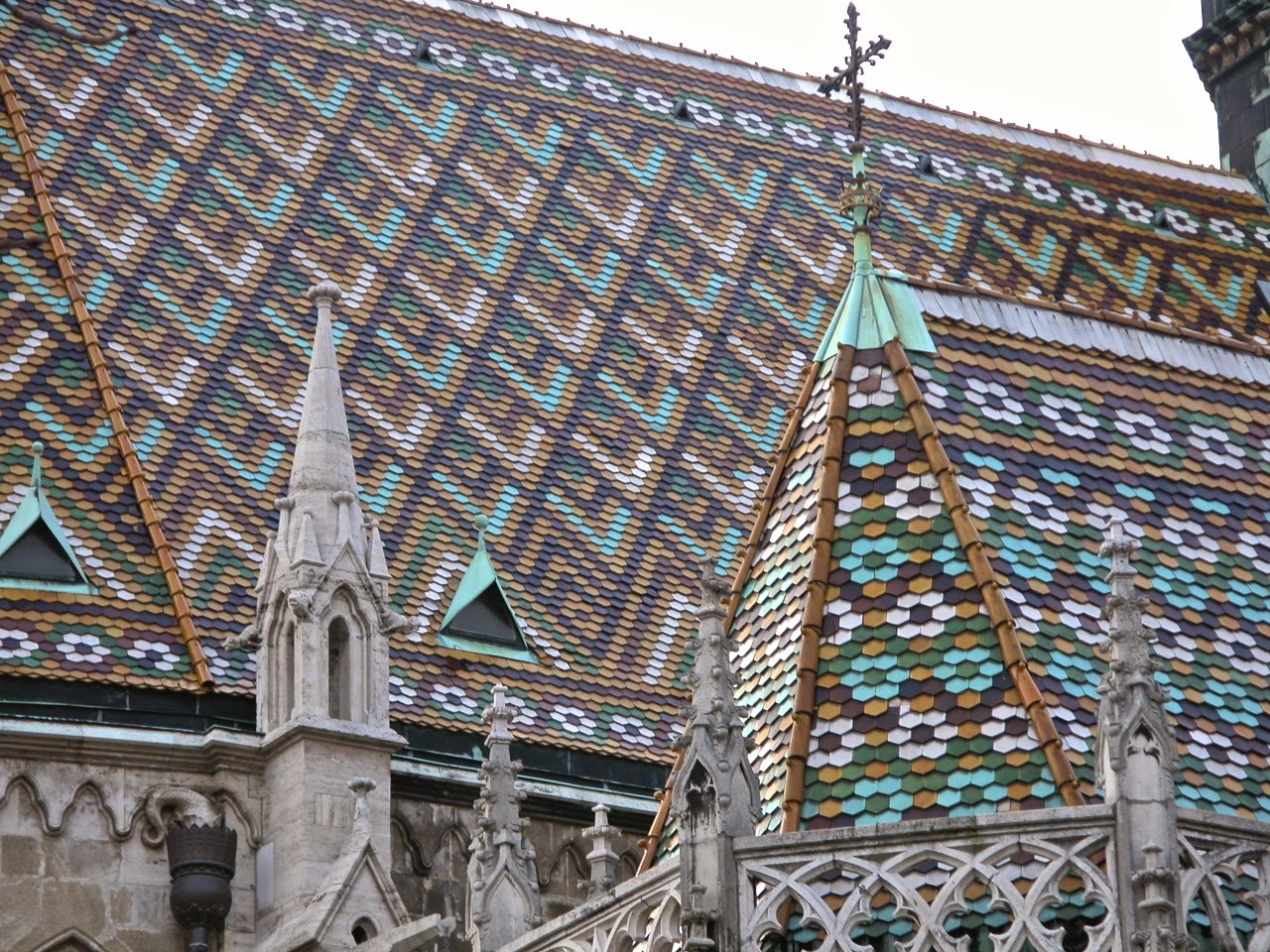 The ceiling tiles on Matthias Church were laid in an intricate, geometric pattern. 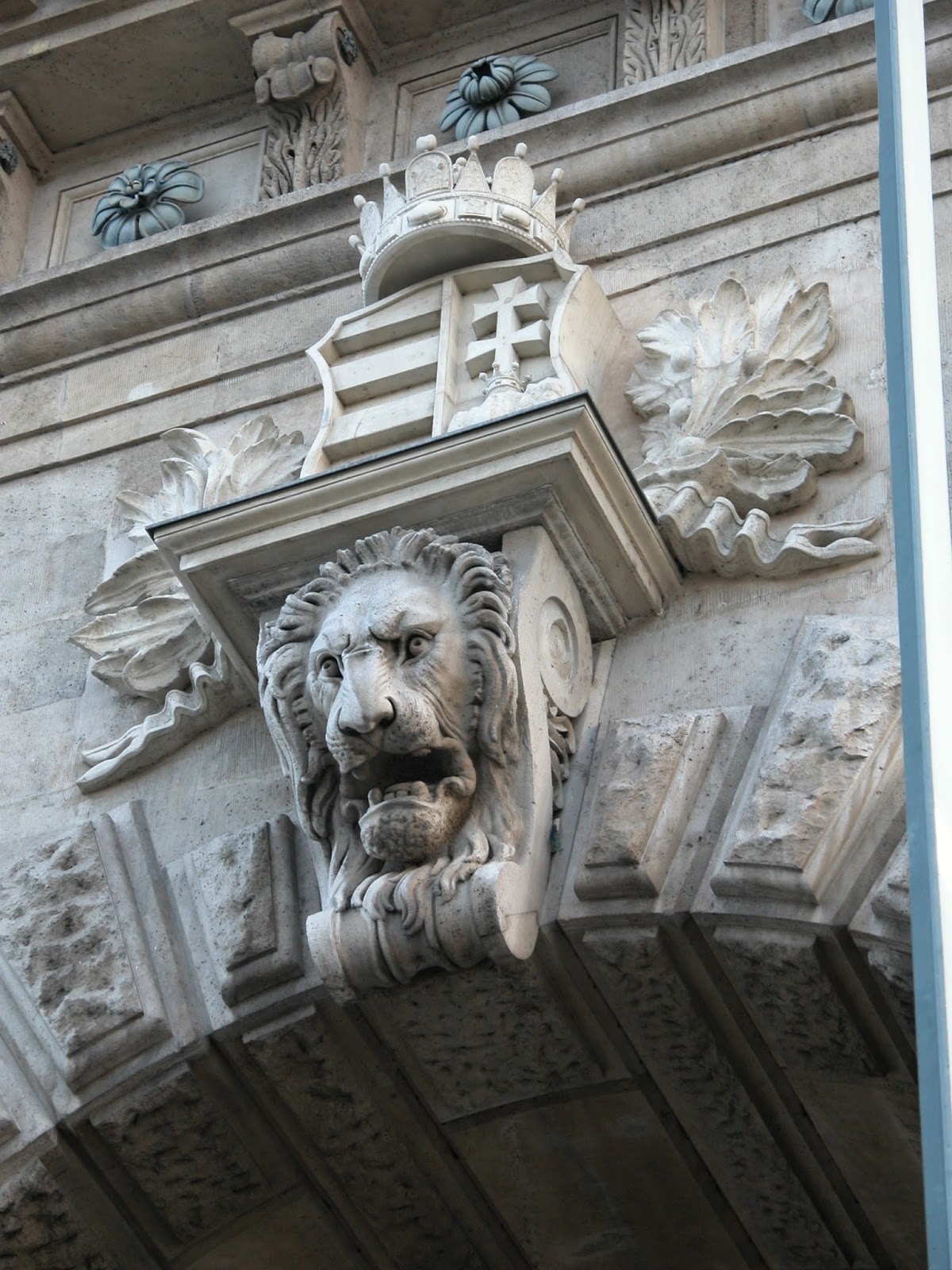 This adornment is a detail on the art museum, remaining from its days as a palace. 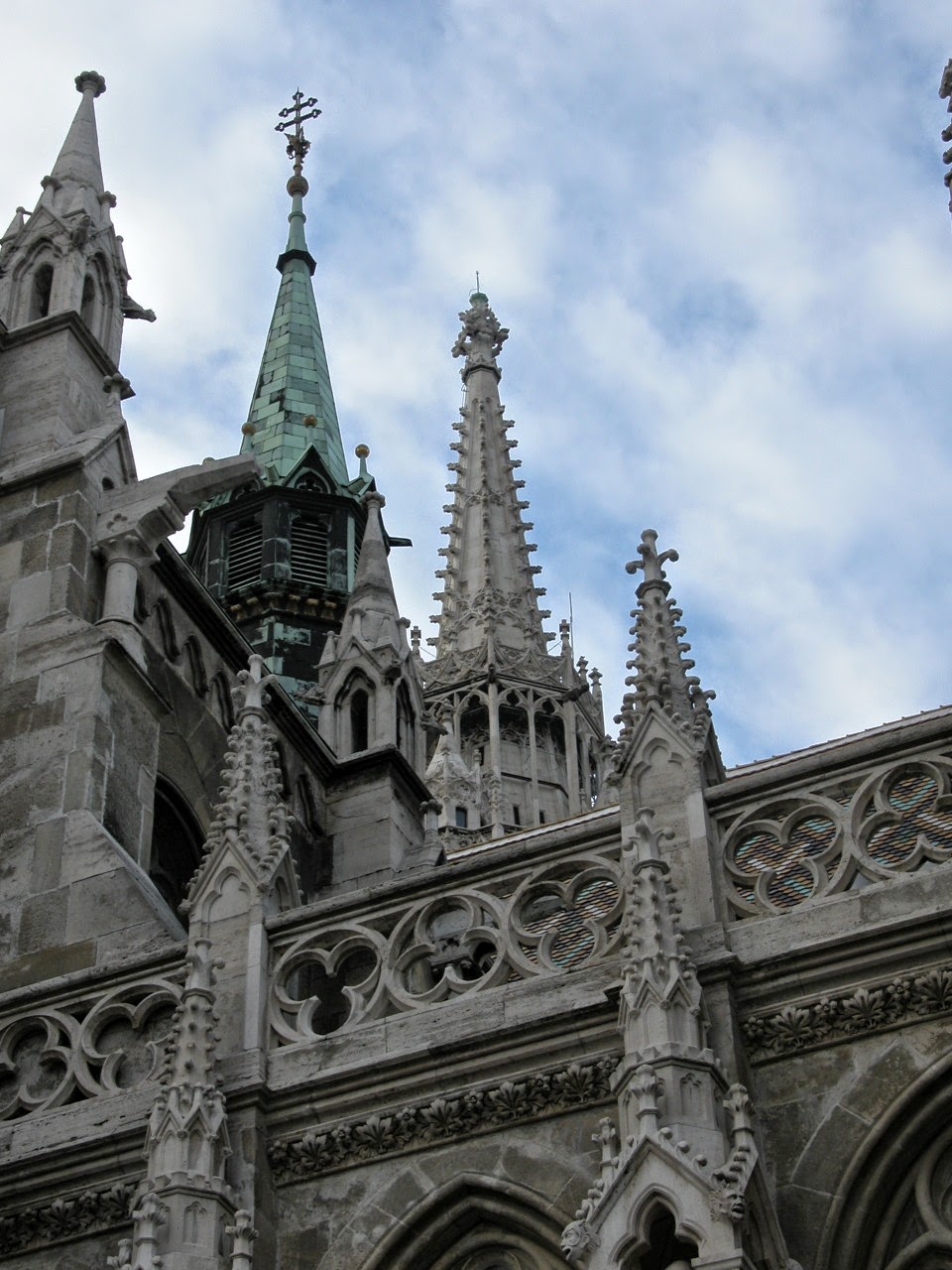 Matthias Church is gothic in design, dating primarily to the 1300's, with an earlier church on the site sating back several hundred more years, and renovations occurring in the 1800's. 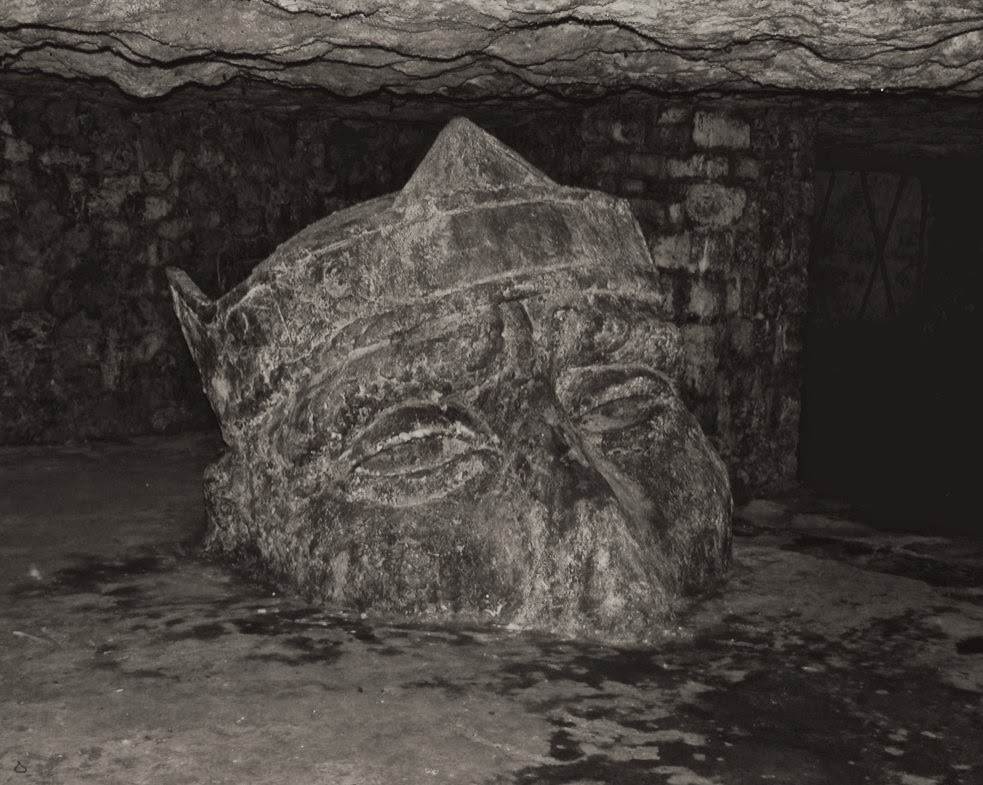 Underneath Castle Hill on the Buda side of the Danube there are many caves and tunnels.  Some of them are open for visitors to walk through.  There are exhibits in the tunnels, including statues, such as this startling image of a huge royal head cncrusted in the stone cave.
Posted by Julie ScottsdaleDailyPhoto.com at 9:14 AM

That stone head is quite impressive!