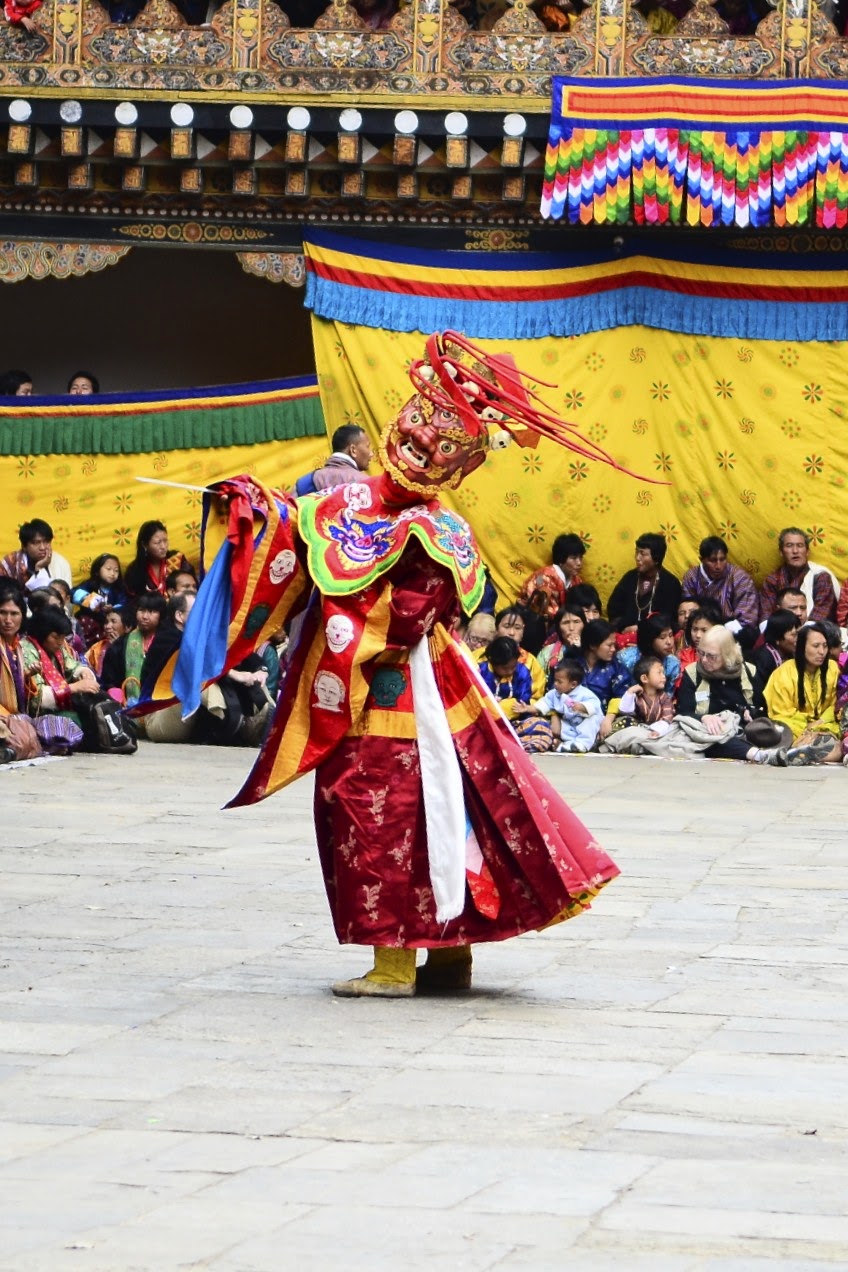 We visited Bhutan at a time to afford the opportunity to attend the Punakha Festival, which is the first festival of the season.  Monks dance while wearing colorful, flowing robes and large masks.  They twirled in the courtyard of the temple, accompanied by a band. 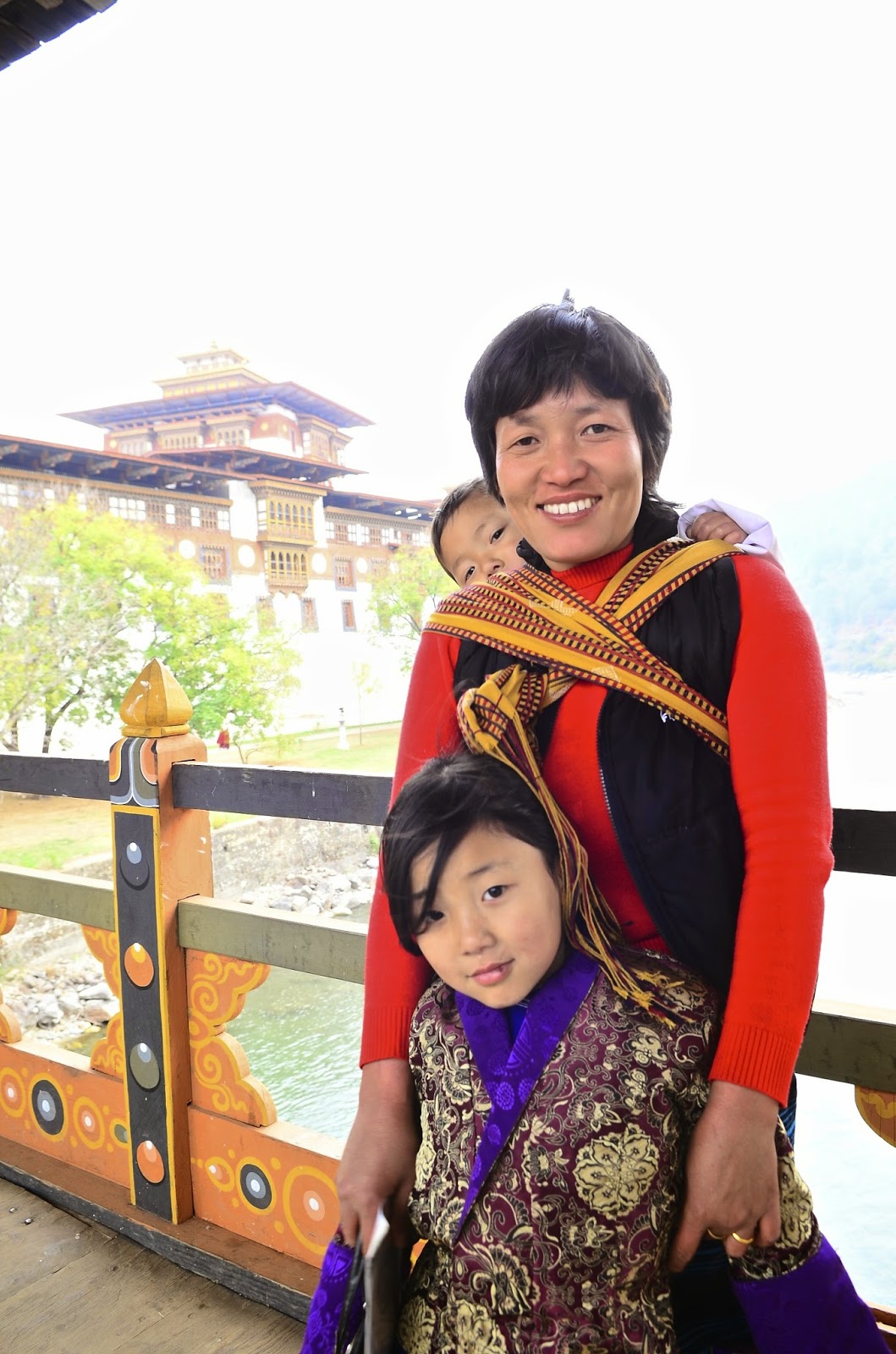 People gathered at Punahka from miles around to attend the ceremony.  Even the baby on her back was curious to see what is going on. 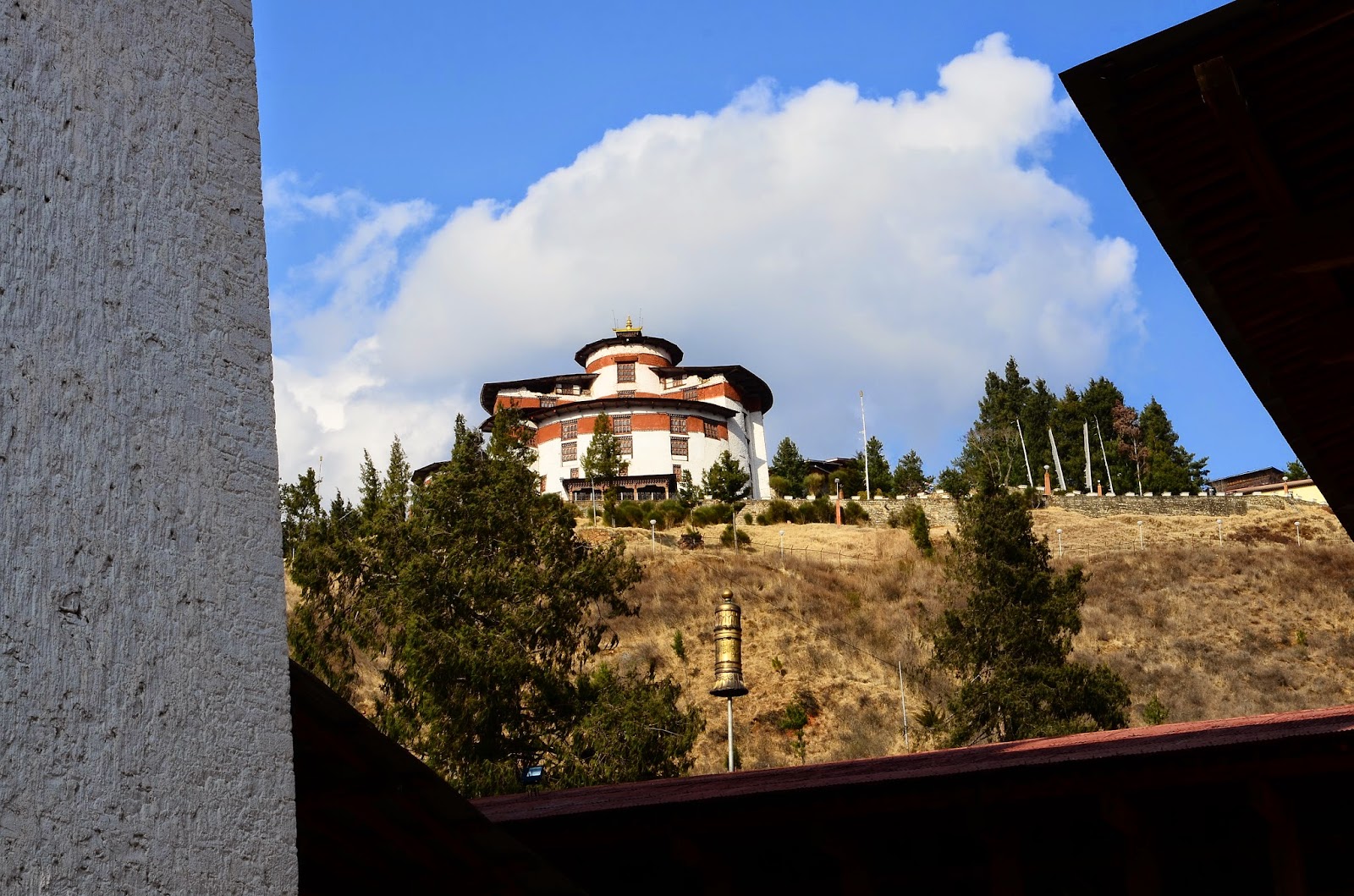 The valleys in Bhutan are dotted with hillside temples and monasteries. 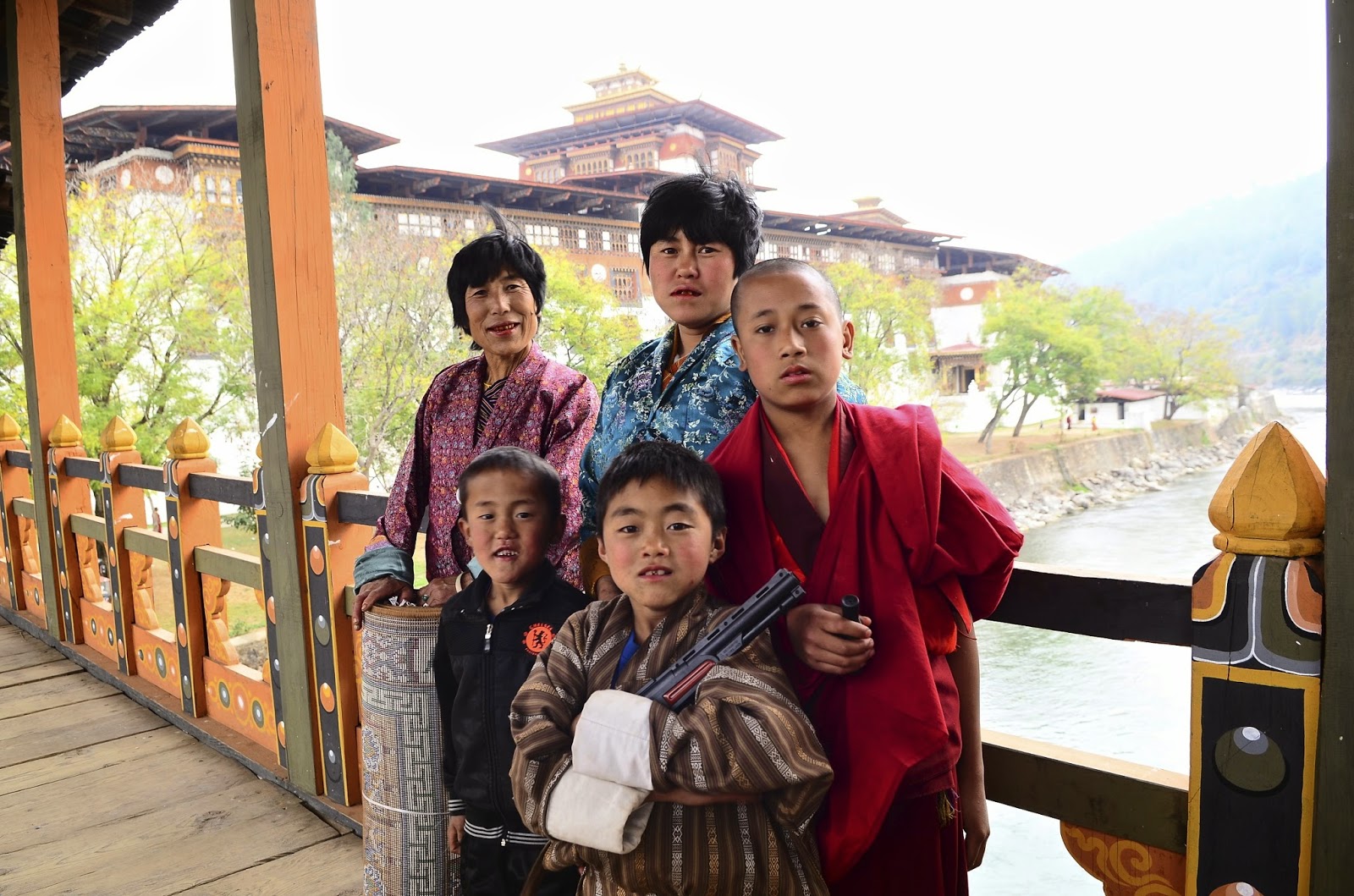 I set up my tripod on the covered bridge outside the temple, and people were quite willing to pose for me on their way back form the ceremony.  The festival honors the person who is credited with introducing and spreading tantric Buddhism in Bhutan and the surrounding region in the Himalayas. 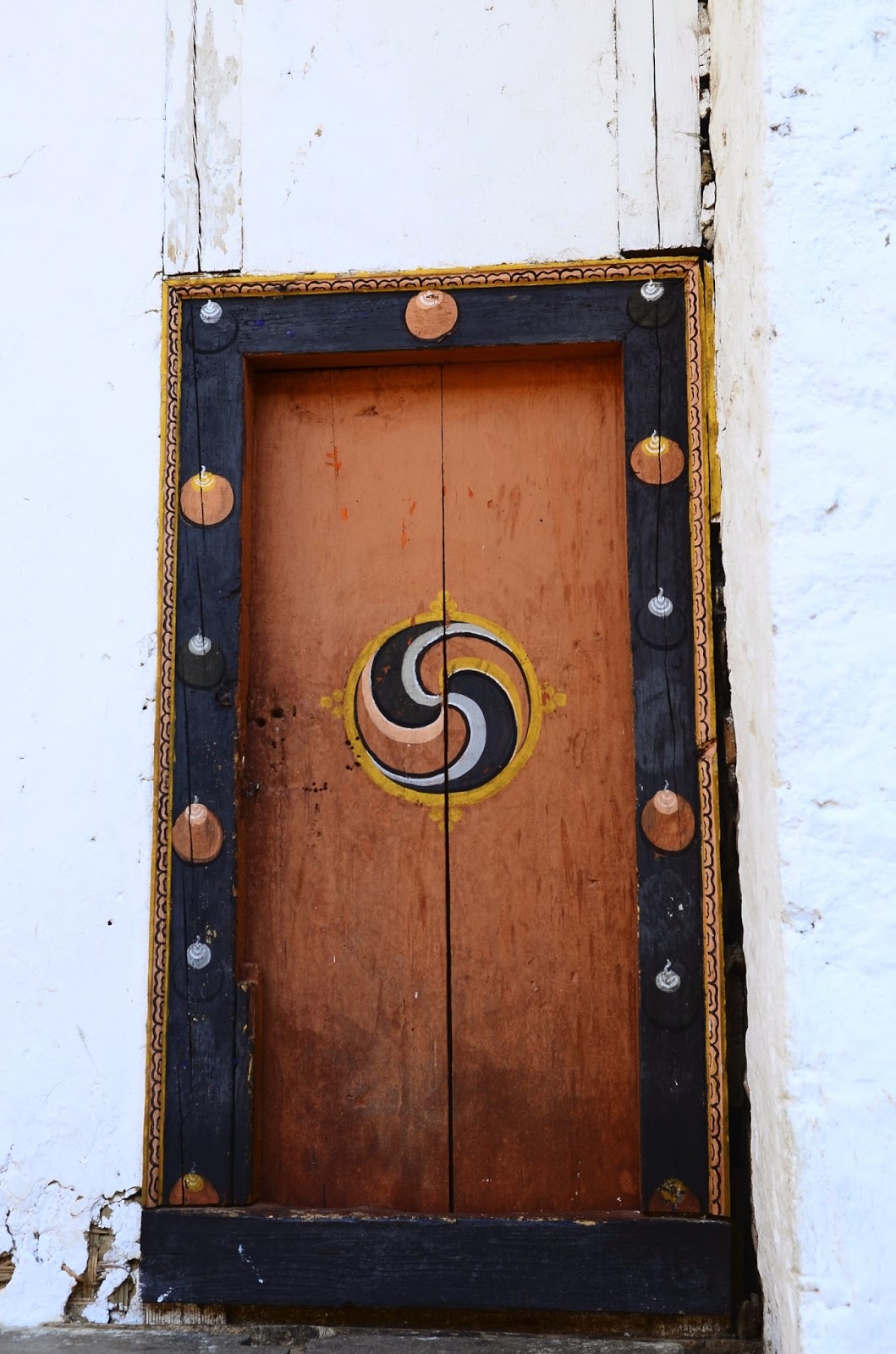 Architectural details in Bhutan reflect the culture and religion
Posted by Julie ScottsdaleDailyPhoto.com at 8:55 AM